New Jersey Appellate Division Rules Continued Use of an Arbitrator After Engaging in Settlement Discussions Need Not Be Memorialized in Writing.

In Pami Realty, LLC v. Locations XIX Inc., the New Jersey Appellate Division, reversed a trial determination that litigant’s agreement must be confirmed in writing to permit an arbitrator to participate in settlement discussions and then continue as arbitrator.

The underlying litigation related to a business dispute over a construction contract between the parties. Subsequent to the parties filing their pleadings and early dispositive motions practice, the litigants agreed to a binding arbitration process as an alternative dispute resolution (“ADR”). On day two of the multi-day arbitration, the parties openly discussed settlement proposals with the parties, counsel, and the arbitrator present. After settlement discussions failed, the arbitration resumed and was concluded in due course. Ultimately, the arbitrator ruled in favor of the Defendant which was challenged by Plaintiff’s counsel claiming among other things that the Arbitrator had exceeded their authority by “act[ing] as mediator in this matter and then re-assum[ing] the roll of arbitrator” which created an impermissible conflict of interest.

The parties filed cross motions seeking confirmation of the arbitrator’s award and vacation of the award respectively. Trial court issued an order denying the defendant’s request to confirm the awarded and in favor of the plaintiff’s request to vacate the judgment. The defendant appealed on the basis the trial court had misapplied the holding of Minkowitz v. Israeli as well as on the trial court’s failure to hold an evidentiary hearing.

The Appellate Division reversed in part holding that Minkowitz applies to the presented facts and specifically stated, “arbitrator who acted as a mediator could not then assume the role of arbitrator ‘absent the parties’ contract to the contrary’” it did not say “absent the parties’ written agreement or contract.” While it would be the “better course to put the agreement in writing,” it was not required. As such, the motion judge’s order denying the defendant’s motion to confirm the arbitration award and granting the plaintiff’s cross-motion to vacate was reversed.

In sum, while not required to be in writing, the Appellate Division strongly signaled any key agreements, especially pertaining to an active litigation, should be confirmed in writing. 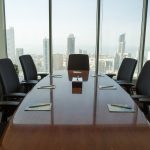 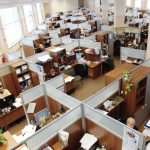 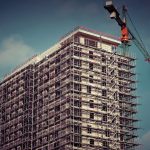