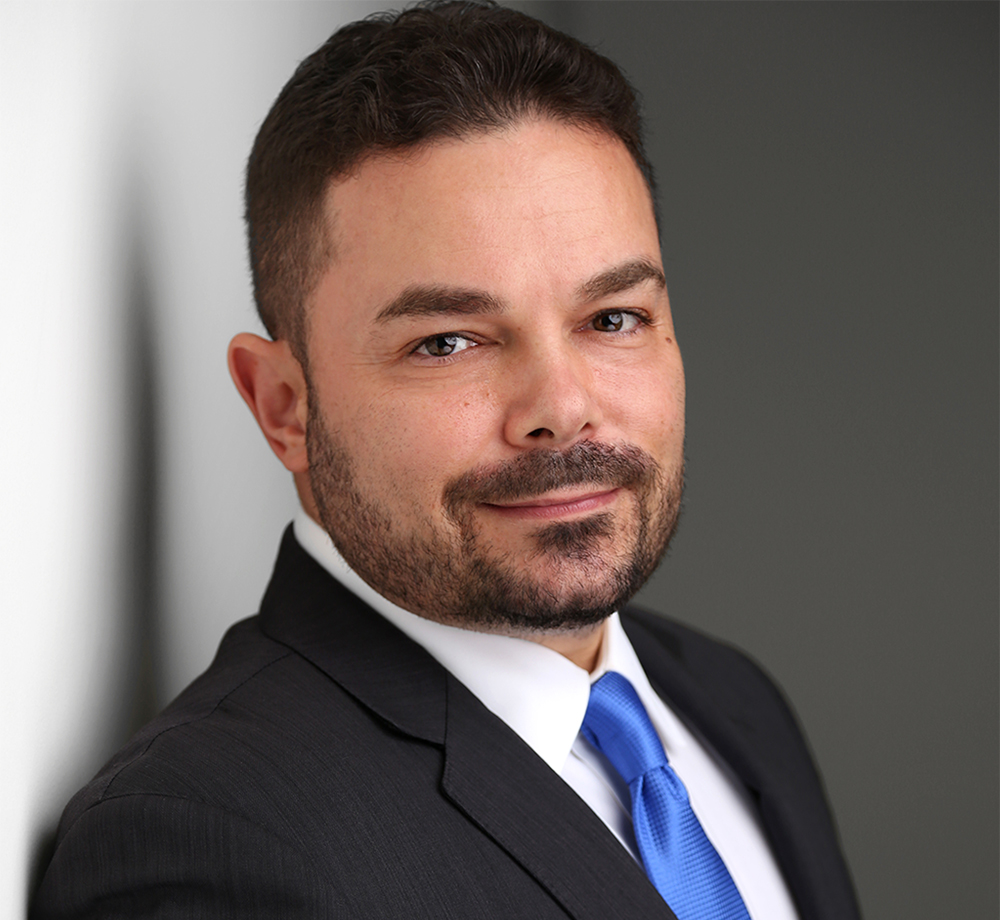 John Fazzio in a Nutshell

Clients want to know whether a lawyer or law firm has what it takes to get the job done. John Fazzio is an attorney who can go the distance. John’s defining characteristics are grit, guts & determination.

Whether he is running a marathon in Leadville, CO over the highest peaks in the Rocky Mountains or at the office with his sleeves rolled up, John makes relentless forward progress until he reaches the finish line.

John is an iron-willed advocate. Once he takes on a client’s matter, John does not let up until he achieves the best possible result. John is a persuasive litigator and a forceful negotiator. John calls on a variety of tools to make his case: masterful storytelling, deep legal knowledge, diplomacy and aplomb. John has a strong business background and a deep understanding of a variety of industries, which helps him to solve his client’s business problems.

Clients love him because John treats clients like old friends. He is blunt and direct and talks straight but is also kind, warm and encouraging. John “coaches” clients through the legal challenges they are facing. He takes a consultative approach and guides clients to find the right strategy and approach.

John loves big challenges and is energized by the pursuit of a worthwhile goal. John is the type of lawyer you want on your team when you are trying to get big things done.

John started his legal career as a Student Assistant at the Burlington County Prosecutor’s Office, then did a Judicial Clerkship with Frederick J. Schuck, J.S.C. in Camden, NJ. After his clerkship, John worked on mergers and acquisitions and corporate litigation matters as a Corporate Attorney for two prominent North Jersey law firms, Scarinci & Hollenbeck, LLC and Archer & Greiner LLP. Then, John worked as a Tax Attorney for the Law Offices of Donald G. Koch, P.C. in downtown Manhattan, resolving Tax Controversy matters for businesses and individuals. While at Scarinci & Hollenbeck, LLC, John handled several significant mergers and roll-ups, worked on other significant transactional matters, and worked for two of the firm’s significant banking clients.

John has an L.L.M. in Taxation from NYU School of Law, a J.D. from Brooklyn Law School, and has studied corporate finance at Columbia University Graduate School of Business. Prior to law school, John attended The College of New Jersey and earned a B.S. in Business Management, a B.A. in English, and a minor in Political Science.

During law school, John was a member of the Moot Court Honor Society and the Journal of Law and Policy, the Corporate and Real Estate Clinic and the Prosecutor’s Clinic. John’s Moot Court team won the National Appellate Tax Oral Advocacy competition and both best oralist awards. John also competed nationally with the trial side of the Moot Court program on the school’s TYLA National Trial Advocacy Team, coached by Michael Vecchionne, First Assistant District Attorney at the Brooklyn D.A.’s Office, and one of the most accomplished trial attorneys in the country. At graduation John was awarded both the faculty’s Trial Advocacy Prize and the faculty’s Real Estate Prize.

While at Brooklyn Law School, John saved a large HDFC building from foreclosure, by working out a loan that had been delinquent for more than twenty (20) years and getting the Department of Finance to re-finance the loan, under the tutelage of Debrah Bechtel, who runs the Corporate and Real Estate Clinic at Brooklyn Law School.

John is licensed to practice in New York, New Jersey and Pennsylvania. He is a member of numerous bar associations and committees. John is currently working on completing the requirements to become a New Jersey Certified Civil Trial Attorney.

John’s interests outside the office include running marathons and ultramarathons, kickboxing, and working to be a good steward of whatever he is entrusted with. John is a practicing and devoted Christian.